By winning the Mr. Olympia bodybuilding title for eight years in a row, Ronnie Coleman is now a living legend.

It is also the reason the 52-year-old muscle mountain is considered one of the greatest bodybuilders ever.

Ronnie Coleman first win was back in 1998, and he’s got the record of the most wins by an IFBB pro. Unfortunately, after getting fourth place in his last Mr. Olympia competition, Ronnie retired.

Even so, he is still shredded and fitter than almost all men his age. 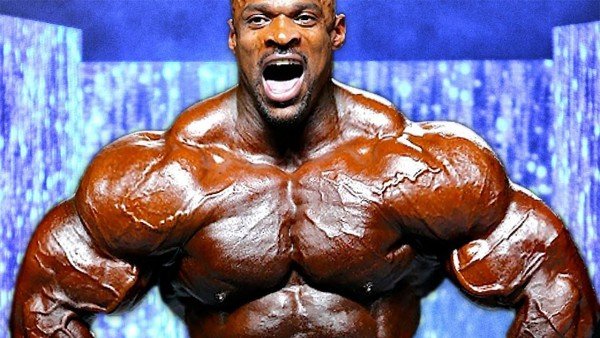 Who Is Ronnie Coleman?

is an American professional bodybuilder who has won 26 IFBB titles, along with 8 Mr. Olympia wins.

In his prime, he proved that you could have an incredible size while maintaining symmetry and composition of muscle.

He is also known for his laidback attitude and his ‘Yeah, buddy’ catchphrase.

One of the most inspiring things about Ronnie is his persistence and determination to staying fit. In fact, he has admitted to not having any cheat food, even while on a grueling diet.

Even after he retired and had to go through several surgeries, he still continues to train and maintain his physique. This is also when doctors advise against working out as this could worsen his injuries.

Ronnie has given several interviews where he talks about his bodybuilding journey.

He often emphasizes his precision diet to be his key to success.

According to him, if you are trying to pack on muscle mass, you have to focus on your nutrition.

Ronnie said, “I don’t think this is a big secret, but protein is what builds muscle, so it all starts with your food.”

In the end, everyone is different, and the diets they need also vary. So, the menu you see Ronnie having may not work for your muscle gain.

After years of trial and error, he found that 1-1.5 grams of protein per pound of lean muscle per day are the right amount.

He said that while he was at the top of his gain, he did not deviate from his eating plan by even a millimeter. 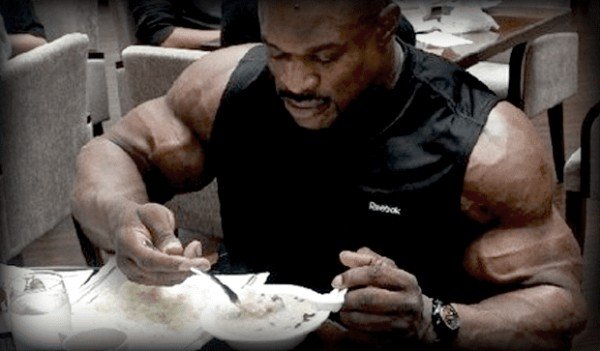 His nutritionist, Chad Nichols, would write his diet plan for him regularly. Once Chad asked Ronnie what he ate on his Cheat Meal.

To this question, Ronnie replied,

“Why would I cheat on my diet?”

Chad was shocked into silence with his counter.

At the time, Ronnie would eat around 600 grams of protein with little fat, all of it from his food intake.

His diet cycle was so intense that it would be unimaginable for most bodybuilders today to follow it.

Once every week, he would have a high day with 1,500 grams of carbs that were cycled down to 150 grams a day.

Ronnie says, “Those were some hard days I’ll tell you, but I did exactly what was planned, and it seemed to work out pretty good.”

Contrary to other bodybuilders, Ronnie doesn’t eat fish to sustain his massive protein intake. He sticks with lean beef, turkey, and chicken. And of course, his food habits, even now, are kept as simple and clean as possible.

For carbs, he enjoys sweet potatoes, grits, potatoes, and rice. He is also an avid protein powder fan as well.

In fact, to get all the macronutrients he needs to maintain peak muscle growth, he would wake up in the middle of the night for a protein shake.

However, he does emphasize that he only uses protein powders as a supplement, not a replacement for his meals.

Ronnie And His Old School Workouts:

If you want to get beefed up like Ronnie, he suggests you stick to ‘old school’ workouts.

He’s tried the newer exercises but found them to be ineffective for him.

“The best exercises are the old school hard ones that no one likes to do. Squat, deadlift, bent over rows”

He also suggests you stick to the 12-15 reps per set range. This is said to provide the best results for your muscle gain while preventing injuries.

You can also do some heavy 1-2 reps to max yourself out. But this isn’t for regular training.

Ronnie also has a lot to say about his workouts during competition seasons.

He felt that there was very little down-time during his competitions. Any time spent sleeping was either channeled into working, training, and eating. 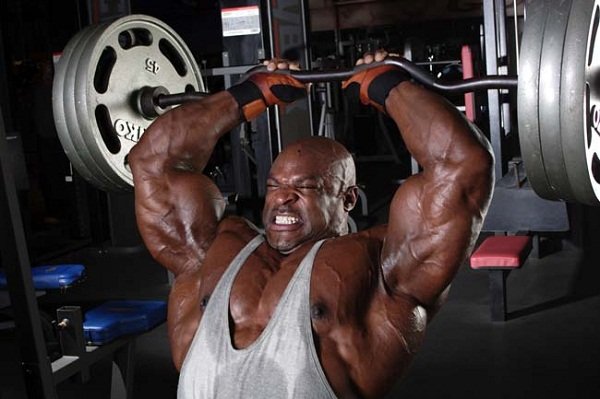 How Did Ronnie Coleman Start His Journey To Becoming Mr. Olympia?

When Ronnie started hitting the weights, it was because he enjoyed the feeling of getting big. At that time, he had no interest in competing as a bodybuilder professionally.

Few people know that Ronnie used to be a police officer in Arlington, Texas between 1989 and 2000. It’s there that his fellow officer, Gustavo Arlotta suggested he try out Metroflex gym instead of the underequipped police station gym.

At Metroflex, he met the owner, Brian Dobson who was an amateur bodybuilder.

While Ronnie was hesitant for the first two days, he accepted Brian Dobson’s offer of training to professionally compete in bodybuilding in exchange for a free lifetime membership at Metroflex.

In fact, at the Mr. Texas competition, Ronnie Coleman got first prize in both the heavyweight and overall categories, defeating his trainer, Dobson as well.

His first professional win was for the Canada Pro Cup in 1995 followed by another win the year after. This was followed up by the 1997 Russian Grand Prix win.

It was only in 1998 after his Night of Champions win that Ronnie started to gain in popularity.

In the end, he gained eight consecutive Mr. Olympia titles from 1998 to 2005. He was also the first person to win both the Arnold Classic and Mr. Olympia in the same year (2001).

His Injuries And Current Condition:

However, injuries ended up catching up to his intense workout schedule, resulting in his 2007 loss and subsequent retirement.

The injuries have ended up in requiring him to have several surgeries. These include a double hip replacement and several intervertebral disc surgeries to prevent fusion and pain. 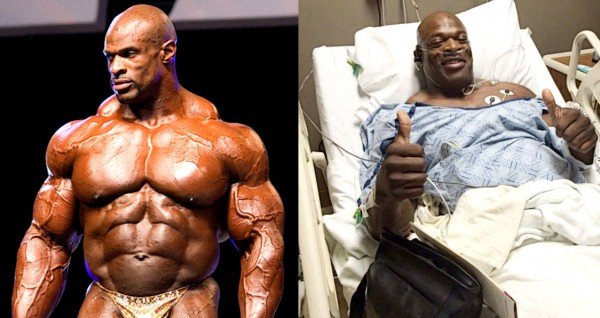 Unfortunately, some of these surgeries didn’t work out for him and may have forced this legend to be unable to walk unassisted.

This is a reminder for anyone interested in bodybuilding that all the workouts you do today can compound into damage later in life.

Mikael is a Nutritionist & a Health, fitness blogger.  He is a physical fitness fanatic who loves to push the boundary and achieve peak performance. He loves adventure sports like mountain biking and kayaking while always being up for a round of basketball with friends. Mikael also enjoys his research into how to maximize the body’s potential and has now taken up bodybuilding as well. Follow Mikael on LinkedIn. View all posts by Mikael